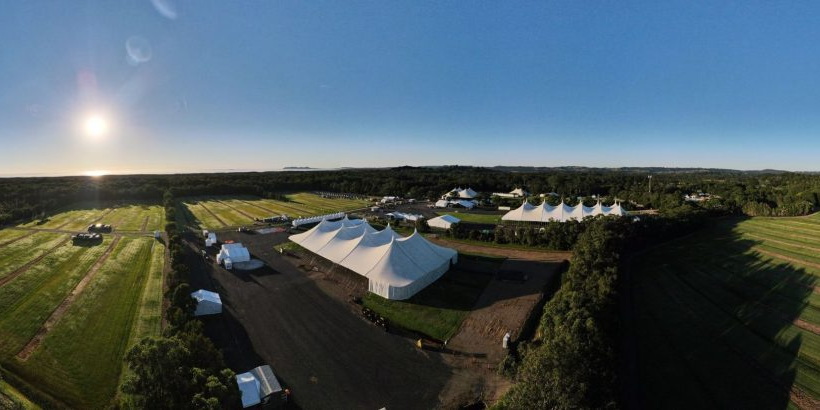 It’s not just COVID.  The industry is tearing itself apart as well.

In scenes reminiscent of the shutdown of the 2020 Melbourne Grand Prix, last night television news bulletins were once again showing fans being turned away at the gate, this time Bluesfest.

What is killing our industry is uncertainty.  Following this week what organiser would take a risk on planning a festival or event this year?

There are now renewed calls for government to underwrite festivals and events.

Speaking to the ABC News in October 2020, Bluesfest director Peter Noble said putting on an event was a “huge risk” in the current environment. Noble had to cancel the 2020 festival in Byron Bay, despite having sunk around $10 million into marketing, artist deposits, flights and accommodation, booked suppliers and sold 30,000 tickets.  And now he has to deal with all that again.

Specialist insurance broker Ian Stack says the result of the current situation means major events can no longer get coverage for communicable diseases.

“Unfortunately now that COVID-19 is a known risk, all the insurance companies are actually excluding communicable disease and not allowing it to be bought out,” he told ABC News in October.

“It’s virtually impossible at the moment to get cover for that risk.”

While some festivals are looking at returning in 2021, they are “second guessing themselves at the moment”, according to Stack.

“If the promoters are going to run events, they’ll have to look at non-insurance ways to protect their exposure,” he said.

Despite the federal government making lots of announcements about support for the arts and events very little has been forthcoming. Morrison now has a proven track record of over-promising and under-delivering (or only delivering in selected electorates) whether it is bushfire or COVID relief or the vaccine rollout. He simply takes credit if it works and blames the states if it doesn’t.

And the problem is that shutdowns are called by state premiers – so will the states step up to underwrite festivals and events?  Vivid Sydney is owned by Destination NSW so one would assume that it can confidently go ahead this year as it is underwritten by the NSW Government (same with Enlighten in ACT and White Night in Vic). But what about community run events (ANZAC Day, Sydney’s Gay Mardi Gras, etc) and commercial festivals and events. They are stuffed for the rest of this year at least.

Maybe the UK will get there first: UK Music lobby group calls on government to underwrite festival insurance schemes

The irony is that the Queensland lockdown is now over but Bluesfest has been smashed by a directive from the NSW Government.

But what about our own industry, which at a time when we should be united is tearing itself apart.

Look first at the industry bodies that we pay memberships to. Their initial purpose was to gather together people working in various sectors – festivals, events, meetings, expos, entertainment, venues, etc.  People would gather to share ideas, network, bestow awards, etc. Political lobbying was never a big part of that.

Then in 1994 a number of associations saw the need for a lobbying body and created the MICE Industry Council which became Business Events Council of Australia (BECA) in 2000.  The role of the council was to provide a single voice for the business events sector to liaise with the federal government and relevant agencies on matters common to all segments of the industry.

Smart move, but since March last year a major shortcoming was exposed – dealing with the states.

So then out of frustration, the industry fractured.  First we got Save Victorian Events, then Save NSW Events and now the National Events Alliance which frankly looks like a direct competitor to the EEAA. And a few years ago the PCO Association setup in direct competition to MEA.

Feedback I have received is that governments, especially at the state level don’t know who they are dealing with – there are just too many voices all pushing their own agenda.

In a piece I wrote last year I talked about the success of the Minerals Council in blocking a carbon tax or emissions trading scheme. That campaign was so successful that the major political parties will still not go down that path even though ETSs are rolling out in many parts of the world.  Sure, the council was cashed up by big mining companies but they proved that having a single powerful voice gets results.

I’ve had people tell me that BECA is useless because they are not getting results – I have to ask them what the alternative is. I know that Dr Vanessa Findlay has been working tirelessly for the Business Events sector at the federal level.

The big issue is at the state level.

ASE has been advised that the Victorian Government is fully aware of the issues facing the industry and is looking at what can be done.

Despite the current public outcry about getting event industry taskforces together to lobby the state governments there is already a formal submission for assistance on the table right now in Victoria.

There will be no silver bullet here, but rather we must have a sustained commitment from Governments at all levels to invest in both demand and supply initiatives that will drive the reactivation of our sector. This commitment needs to extend beyond the period of any single budget year; hence this plan looks to outline a roadmap to 2025 that can see our industry resume its rightful position as a powerhouse to drive Victoria’s economy.

So what is to be done?

Talk to people in other sectors of the industry – not just your own silo.

Talk to people in related sectors – apart from Business Events there are people in our industry involved in festivals and public events, tourism, hospitality, entertainment and much more.

On an individual level talk to your local politicians – federal and state – the more they understand how you are hurting the more they might support your case.

Identify what we want from government. From my conversations the main thing we need is certainty because without that who wants to run an event and who would buy a ticket one.

That certainty is not through JobKeeper or grants with odious qualifications.  The certainty can happen if government underwrites events so that an organiser can be confident that if the event is shut down, through no fault of their own, their loss will be covered.  But the audience or participants also need certainty – so there must be a guarantee that travel and accommodation costs are covered as well.

And remember a single voice is only powerful if you run major infrastructure – like an airline – then you can get QantasKeeper and a photo op for Morrison pretending to be a pilot.

Victoria’s decimated event industry misses out on support yet again

In today’s announcement of business support Victoria’s decimated Event Industry missed out yet again.We saw another $24.9 …

on Why the event industry is stuffed and what to do about it.