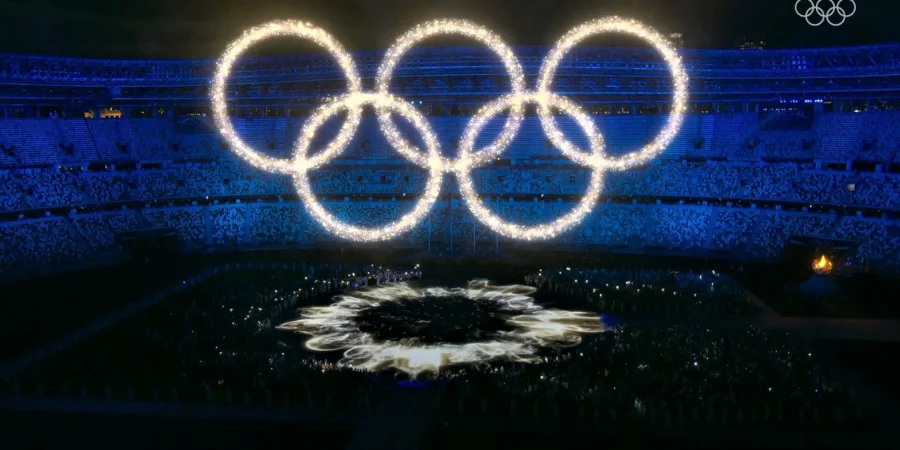 Tokyo closing ceremony and the tech

The Tokyo Olympics closing ceremony was even more downbeat then the opening.

Which was disappointing because they actually had plenty to celebrate – they pulled off an event that was worth celebrating. The sporting events provided many memorable moments and a lift to the millions watching on TV in Japan and around the world.

The success of these games was due to the athletes being protected within a very strict bubble. Unfortunately the infection rates in Japan outside that bubble continued to rise.

OK, the closing ceremony was never going to be a party like Sydney or London. Instead we got a pretty laid back picnic in a park feel. A cross between a jazz club and kid’s birthday party that was a combination of slick TV production and on field performances that were pretty much kitsch from start to finish.

Following the games highlights video the entry of the Japanese flag was very sombre and it didn’t really pick up from there.

The traditional dance performances delivered via video were quite captivating and under normal circumstances we would probably have seen them in the stadium.

The contrast between socially distanced performers and athletes on each other’s shoulders could not have been starker.

The Tokyo Ska Paradise Orchestra brought a strangely Japanese version of ska music unlike any ska band I have heard (certainly nothing like the Melbourne Ska Orchestra) and their cheesy grins would have done Bob Downe proud.

The rest of the performers were clever but continued the kitsch feel.

Like the opening ceremony this was a television event with plenty of very well produced pre-recorded segments. The highlight was a lighting effect produced for the TV audience that looked like a Doctor Who regeneration.

The eight minute celebration of the handover to Paris was upbeat, joyous and an optimistic note to end on. The lack of social distancing in Paris was in stark contrast to what we were seeing in Tokyo, and indeed in Australia. And the flag on the Eiffel Tower – that was CGI as well.

My only disappointment was that the Aussie athletes didn’t bring out an esky and BBQ to set up on the lawn.

What about that special lighting effect that culminated in the Olympic rings? Well that was for the TV audience only.

The light show was the brainchild of Montreal-based company, Moment Factory, which specializes in “reality-bending audio and visual performances”.

However, this spectacle was solely for the TV audience; those inside the stadium in Tokyo saw nothing.

Back to the drone display at the opening ceremony – this description form the Olympics official site.

Following the traditional Parade of Nations, a fleet of 1,824 Intel Premium drones took to the sky above the venue to form a complex set of geometrical shapes before transitioning into the blue-and-white chequered emblem of Tokyo 2020.

Symbolising the global solidarity and unity in diversity that the Games represent, the next-generation drones then reassembled to form a giant 3D representation of the world, creating one of the most eye-catching moments of the Opening Ceremony.

Intel Drone Light Shows animators collaborated closely with the Tokyo 2020 creative teams to incorporate the drones into the Opening Ceremony narrative, which aimed to show that the world and its athletes are stronger together through a display of connection, unity and hope.

Now let’s hope Tokyo can deliver the same wonderful sporting highlights for the Paralympics and ceremonies that could be a bit more upbeat.

In March 2020 our industry was shut down and so most of us who could still work, …

Do we have too many associations representing our industry?

How are regional events faring?

While city events get the most notice, regional events are often ignored. However events are for more …