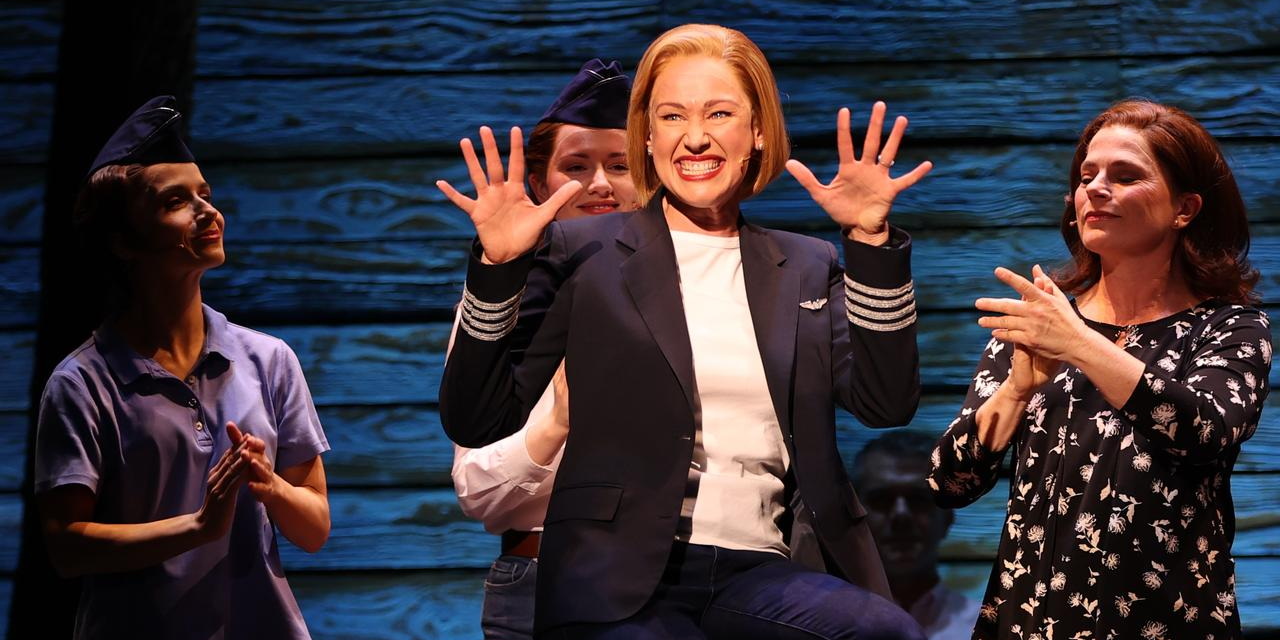 Sydney theatre is coming back

I grew up in a country town of around 8,000 people; there was a small airport near the town.

In 2001 Gander, Newfoundland had a population of around 10,500; and an international airport.

Come From Away tells the story of how on Tuesday, September 11th 2001 the airspace over the USA was closed and 38 planes heading to the US from the UK and Europe were ordered to land at the closest international airport in Canada.

Those planes carried 6,579 passengers and crew.

After being held on board for up to five hours the passengers were finally allowed to disembark.  The people of Gander opened their churches, schools and community centres to accommodate the people who had “come from away”.

They also opened their homes and their hearts.

The planes were finally allowed to leave on Thursday September 13th. The final diverted plane left at 6:20pm on Sunday September 16th.

The musical that tells this story is not flashy; there are no big hit songs, no big dance numbers, no big chorus, and no big orchestra.  Instead what we get is an intimate experience that is at times heart wrenching, joyous, funny and captivating.

A cast of 12 play multiple characters, they sing, they dance, they act and they win the hearts of the audience.

Having grown up as a country kid I related to how the people of Gander dealt with having their population almost doubled overnight. I imagined the Murray Bridge Town Hall, Scout and Guide halls and various school and church halls being converted into emergency accommodation.

As a lover of Celtic music I tapped along to the Newfoundland variant. But most of all I loved the ensemble telling of the story that happened just on 20 years ago. As an old roadie and lighting designer I also loved the use of PAR64s.

The Australian production has been dogged by COVID. The opening season in Melbourne was closed by COVID restrictions last year so it moved to Brisbane and was once again closed (yes Brisbane has had a shutdown). Then it opened in Sydney at The Capitol where I saw it on opening night – it was shut down two weeks later.

In order to reopen as soon as possible, the producer, Rodney Rigby, mandated COVID vaccinations for the entire cast and crew. Rigby told the SMH “Our employees have spent more time this year stood down without pay than working and we want to do everything we possibly can to create the safest possible working environment for everybody on Come From Away.” – ‘No jab, no play’ for theatre performers

Come From Away is back! This is the first major production in Sydney to announce their return.

Come From Away will begin playing again at the Capitol Theatre, Haymarket, on October 20. Tickets are now on sale through to November 28, with audience numbers capped at 75 per cent in line with the state government’s reopening plans.

Theatregoers aged 16 or over will also have to provide evidence of full vaccination before being allowed to take their seats.

Treat yourself – go see it.

On the day Job Keeper is removed and Qld goes into lockdown again, we are already hearing …

Forgotten again! The events sector misses out on subsidies again