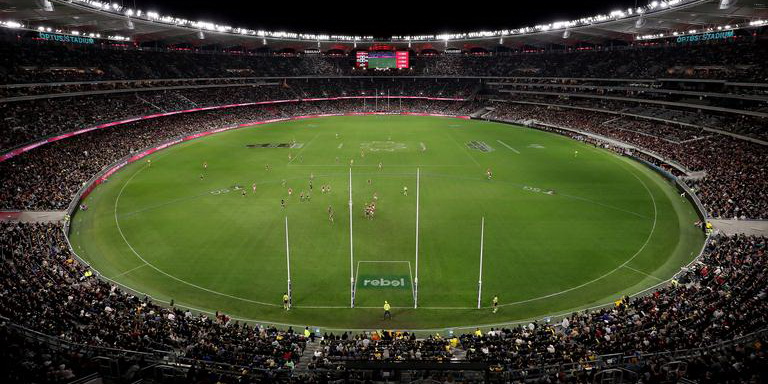 You don’t expect page 7 of the Sunday Herald Sun ($) and the back page of the Sunday Age to be scary reading in relation to events but yesterday they were. It is even in today’s papers and one of the hot topics on talkback radio. Our Events Minister Martin Pakula had to spend more time answering questions about this topic at the press conference yesterday than any other COVID related issue.

Yes, it was as predictable as a long Dennis Lillee run up that Perth would come out and say “give us the AFL Grand Final“, straight after hosting the Dreamtime game. Even Brisbane has thrown its hat in again. But it was the list of events that we have lost that was the part that made me go Eeek!

In the last week alone, in addition to Dreamtime, it’s been the Rugby League State of Origin and even next week’s blockbuster Melbourne v Collingwood Queens Birthday game. Every other state will host an AFL game next weekend bar Victoria.

Those events now form part of a long list including the Cadel Evans Road Race and the Bells Beach Pro, not to mention the many business events, regional events, local festivals, concerts – the list goes on. Whilst the tennis was able to happen this year, it did so by the skin of its teeth and that was only due to the outstanding work done by Tennis Australia to keep it going.

If I thought Sam Landsberger’s article ($) was scary then Sam McClure highlighting the fact that the Singapore Grand Prix scheduled for October has been cancelled was right on up there. That decision does not mean the Melbourne GP won’t happen in November, as I know the AGPC are working closely with the government to ensure it can go ahead.

What it does mean however, is that like other major events such as the Spring Racing Carnival, they are stuck between a rock and a hard place in relation to going out to a market that is holding back to see what happens.  There is a strong demand to attend, but uncertainty is still lurking in the background.

This situation leads onto where we are at in relation to the key issues facing the industry as a whole and the role of funding, as the two are directly related.

In relation to funding, it is critical that the events industry does receive some direct assistance, as has been given to other hospitality and tourism businesses.

I wish it was that easy to hand out a $200 voucher to get people to attend an event but that’s not going to work. Whilst the recent announcement of $2,500 grants to assist is warmly welcomed it is not going to be enough to save everyone in the industry in the long term. That is a harsh reality but the truth.

My strong feeling is that we will still be discussing potential government handouts until the cows come home unless we sort out the big picture.

And the big picture is to ensure that there is a Grand Final in Melbourne, a Melbourne Cup with fans, a Grand Prix, an Australian Open, an MCEC (and other venues) full of exhibitions and conferences and Cadel Evans riding along the Great Ocean Road.

And this is not going to happen until State border closures, international travel, vaccines and quarantine are sorted so that the collateral damage can be minimized.

The industry is faced with a major predicament at the moment in relation to any future government assistance so we will want to see what transpires.

For us in Victoria at the moment it is a no win on all fronts – events being cancelled, postponed and even some being moved interstate. As long as the other states stay open for business and we stay in a state of flux, then this is going to be the norm and not the exception.

That’s our challenge – how to stop being the state of lockdown and return to the major events capital. We haven’t lost that title, but there are plenty of others knocking down doors to say ‘come to us and we will put your event on’

We need to do everything to make sure this door doesn’t open up much more.

One of the more interesting stories this week was the one that said the vaccine outlet at the MCEC was shutting down at the end of June to make way for an existing event booking, in particular an exhibition. Exhibition organisers such as Gary Fitz-roy, Jason Humpris and Matt Pearce will justifiably be jumping for joy, as they have been arguing how can you run an exhibition business when all the likely venues are taken away from you?

Perhaps we should all turn up to support these exhibitions as that will mean jobs for many industry suppliers. 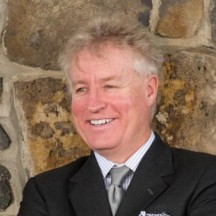 Reflecting on the last 12 months with Andrew Hiebl, AACB CEO

Exactly one year ago today, we were advised that Australia had moved up to 12th place in …

Like Loading...
Read More
May 13, 2021
Posted by AACB
← PREVIOUS POST
The show (or event) must go on – here’s how you do it
NEXT POST →
Have our governments failed to tap into a great resource?

on Is Melbourne still the events capital of Australia?.