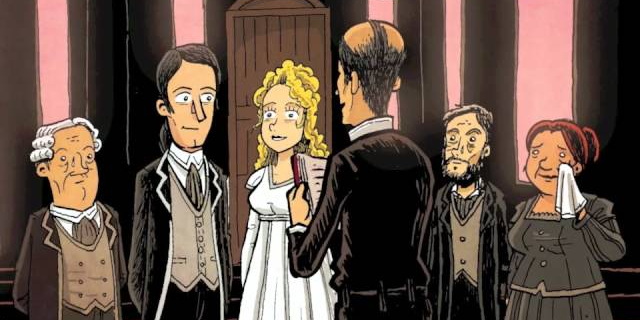 A tale of two cities

A story of the pandemic roadmaps – with apologies to Charles Dickens

Chapter I – The Period

There were a queen with a plain face, on the throne of New South Wales; there were a king with a large jaw on the throne of Victoria. In both states it was clearer than crystal to the lords of the State preserves of loaves and fishes, that things in general were settled for ever.

It was the year of Our Lord two thousand and twenty one.

And did I hear you say he was a-meeting you here today
To take you to his mansion in the sky?

When the current Delta outbreak surfaced in Bondi, Berejiklian (cheered on by Morrison and business groups) was reluctant to impose any shut down in Sydney, and she didn’t impose any restrictions until the virus had spread to the south west. The reason for the delay was all about the economic hit to the state and to the eastern suburbs.

Business leaders are so far relieved by the NSW response, with the Australian Industry Group saying the Berejiklian government is “to be congratulated for holding the line with its successful, proportionate and targeted approach to dealing with COVID”.

When the outbreak spread to Victoria, Andrews acted quickly and decisively. And was criticised for it by business groups.

“Victorian businesses are frustrated that they are again suffering the consequences of the virus migrating here from another state. Lockdown Five will be the last straw for some businesses and that’s incredibly sad. This must be short and sharp – if we’re going in quickly, we must come out quickly,” said Victorian Chamber Chief Executive Paul Guerra.

It is very obvious from Berejiklian’s language at her pressers that she and the NSW government are still driven by economics. Indeed, today’s presser, while delivering the COVID update, was all about the sale of Westconnex and the economic benefit to NSW.

Meanwhile in his media appearances, Dan Andrews consistently focusses on the health and safety of Victorians.

The Victorian plan spells out that the priority is ‘preserving our health system and ensuring Victorians can still get the healthcare they need, when they need it most. ‘

The NSW and Victorian roadmaps have been separately developed based on expert modelling from the Burnet Institute and are set against COVID-19 thresholds including hospitalisation rates, and the vaccination targets already set out in the National Plan to transition Australia’s National COVID-19 Response.

Although based on the same modelling the roadmaps are very different.

About the Victorian roadmap

The Roadmap to Deliver the National Plan sets Victoria on a hopeful path to opening while also preserving our health system and ensuring Victorians can still get the healthcare they need, when they need it most.

The Roadmap has been developed based on expert modelling from the Burnet Institute and is set against COVID-19 thresholds including hospitalisation rates, and the vaccination targets already set out in the National Plan to transition Australia’s National COVID-19 Response.

Roadmap easing thresholds: In addition to reaching the vaccination threshold at each point in the roadmap, easing restrictions will depend on public health advice as to the current epidemiology. In addition, easing at 70% and 80% fully vaccinated will be subject to health system capacity.

About the NSW roadmap

Stay-at-home orders for adults who have received both doses of the COVID-19 vaccine will be lifted from the Monday after NSW passes the 70% double vaccination target.

The roadmap is subject to further fine-tuning and health advice if circumstances change drastically or if cases within a designated area remain too high.

The Victorian roadmap is detailed and looks beyond the 80% target. In contrast, the NSW roadmap only covers up to the 70% target and is lacking essential detail. When pressed for detail the Health Minister’s office replied to ASE ‘Once the relevant health orders are finalised, closer to the date, then we will be in a position to release more info.’

Victoria v New South Wales: How does the road map differ – via the SMH

Roadmaps out of lockdown: why NSW and Victoria are taking different paths to Covid normal – Guardian Australia

Chapter V – Caught in the middle

At today’s presser ACT Chief Minister Andrew Barr says the ACT is likely to wait until 80% of the above 16 population is fully vaccinated until major chances are made to lockdown conditions.

“So following the updated Doherty Institute advice provided to National Cabinet last Friday the Burnett institute advice provided to the Victorian Government and publicly released over the weekend, and New South Wales Health advice to state government earlier this month, we now have a much clearer picture of the significant risks associated with moving too fast at 70%.

The clear advice is that it is prudent to wait until reaching 80% before making major changes.”

A quick check with a few event producers shows that private events such as weddings are booming in the non locked down states but only the smallest corporate events are going ahead.

The reason larger corporate events are not happening is due to border closures – no interstate guests, speakers or organisers can get to them.  In one instance I know of an event manager who was able to fly from Brisbane to Adelaide to deliver an event today – but it only for the locals; interstate guests could not get there.

Once NSW gets to 70% we can expect pubs, clubs, restaurants, entertainment venues, etc to reopen but corporate events are unlikely to take the risk.

Once NSW gets to 80% – if restrictions are eased further (2sqm rule) then corporate events will be viable but still unlikely to recommence until February.

The Victorian roadmap provides for very limited openings for corporate events for the rest of 2021. Peter Jones told ASE “we have to assume that February 1st really becomes our start date for any meaningful corporate and business events to return.”

Although Berejiklian insists that once NSW reaches 80% there will be no more lockdowns there is still the caveat that targeted lockdowns may be imposed if the health system is overwhelmed.

So far the other states have dodged the Delta bullet and with vaccination rates so low in Queensland and WA (not expected to reach 80% until early December) many pundits are suggesting it is only a matter of time before they too have to deal with a severe outbreak.

Chapter IX – We will recover

After the worst of times, the best of times will return. After all, we are not suffering the French Revolution (we can leave that to Submariner Scotty).

Stay safe, get vaccinated, plan for 2022

Have business events been singled out to be left out?

It seems we can’t take a trick, over the weekend it has been announced live performance theatre …